Dr. Michael Savage is a multimedia icon in the conservative movement, heard by 10 million listeners a week on “The Michael Savage Show” and syndicated across the U.S. in more than 300 markets. He is also the author of 25 books, including four New York Times best-sellers. In 2007, his media presence and profile earned him the coveted “Freedom of Speech Award” from Talkers Magazine.

His passion to unearth the truth about liberalism, borders, language and culture, and his unparalleled stand for America’s families, has made him the most important figure in the fight for free speech and ideals in America today.

He is the only member of the U.S. media ever blacklisted and banned from a Western nation. His ban from visiting Britain in June 2009 has made him the “poster child” for free speech, not only for Americans concerned about the cultural shift towards totalitarianism and their rights to freedom of expression, but for people around the globe. In mid-2009, this worldwide media attention concerning the ban resulted in a New Yorker magazine profile of him.

Savage’s first novel, “Abuse of Power,” became a New York Times best-seller in September. The thriller is a fictionalized account of being banned from Britain and hunted by overbearing governments.

His illustrious career reached a capstone in 2016 with his induction into the National Radio Hall of Fame. In a break from tradition, listeners were called upon to vote on the nominees. Radio listeners overwhelmingly selected Savage over a number of high profile contenders. Savage was also instrumental in the populist movement that catapulted Donald Trump to the White House in the 2016 presidential election.

Dr. Savage holds a master’s degree in medical botany and a second in medical anthropology. Additionally, he earned his PhD. from the University of California at Berkeley in epidemiology and nutrition sciences. He is an ardent conservationist, is dedicated to his family and is a proud patriot of his country. 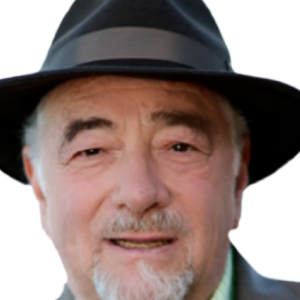