Dennis Prager is one of America’s most respected radio talk show hosts. He has been broadcasting on radio in Los Angeles since 1982. His popular show became nationally syndicated in 1999 and airs nationwide, including here on Talk Radio 92.3.

Widely sought after by television shows for his opinions, he’s appeared on Fox and Friends, Red Eye, Hardball, Hannity, CBS Evening News, The Today Show and many others. 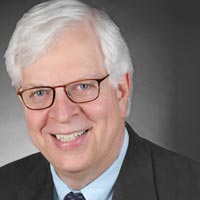